Are Embezzlement and Conversion the Same Crime in Georgia? 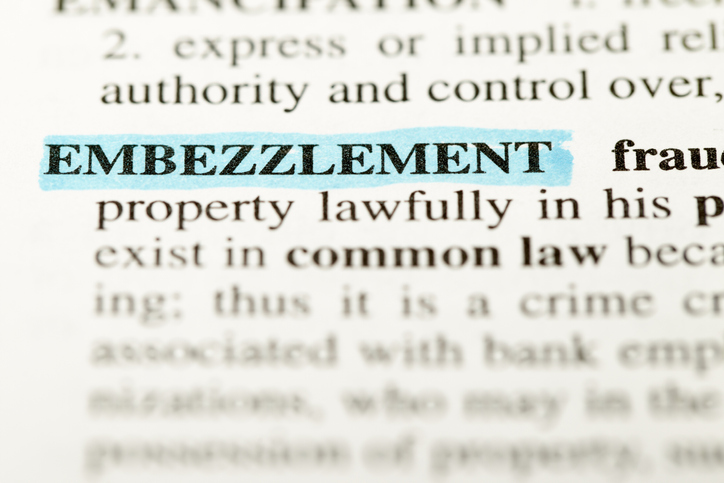 Embezzlement is a crime with a long history in common law. It is defined as legally receiving someone else’s property under an agreement and then exercising control over that property in violation of the agreement. Yet, the term “embezzlement” does not appear in Georgia’s criminal statutes. Instead, the same crime is called conversion.

The elements of criminal conversion in Georgia are:

The fact that that the alleged wrongdoer legally received the property differentiates Georgia’s criminal conversion statute from common law conversion. At common law, conversion meant exerting unauthorized control over someone else’s property in any circumstances, regardless of whether the property was originally entrusted.

We generally think of embezzlement or conversion as a white collar crime since it is often charged against people holding positions of trust in the financial sector. However, conversion charges can be brought for any alleged misuse of property, even between friends or family members.

The penalties for being convicted of conversion can be severe. If the value of the converted property is greater than $1500, the law considers the crime a felony. Conviction of felony charges can mean jail time of one to 20 years. If the value of the property converted is less than $1500, the crime is treated as a misdemeanor. Conviction of a misdemeanor in Georgia can mean a jail sentence up to one year.

As with all crimes, prosecutors must prove each element of conversion beyond a reasonable doubt. A skilled criminal defense attorney can explore weaknesses in the state’s evidence, impeach the credibility of witnesses and seek reduction of charges.

If you’ve been accused of conversion in Georgia, James D. Michael, P.C. is ready to provide you with strong representation. Call us at 404-857-4059 or contact us online to speak with our legal team.