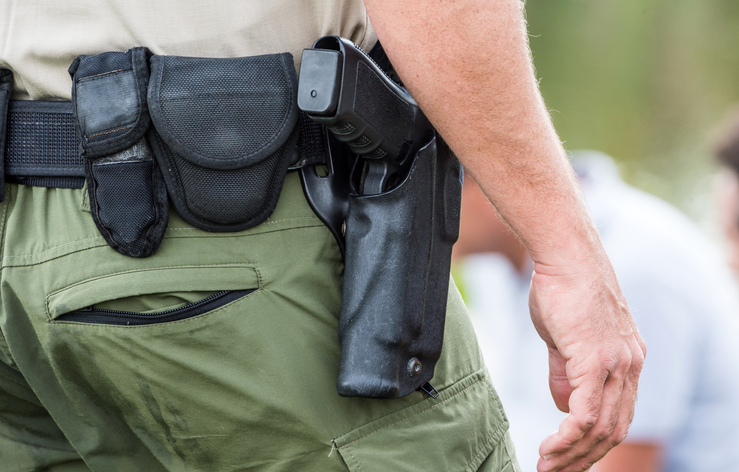 Pending legislation in the Georgia General Assembly would greatly expand the number of people who can legally carry a firearm without a permit.

The Georgia Constitutional Carry Act of 2021, introduced by Rep. Emory Dunahoo, would make carrying a firearm the right of any “lawful weapons holder” — defined in the bill as any person who is not prohibited by law from possessing a firearm, such as someone with a criminal record.

Under current Georgia law, gun owners may carry their guns without a license in their homes, on their property, in their vehicles or at their place of business.

In most other locations, only people with firearm permits may carry handguns and long guns. Even with a license, certain locations are off-limits, such as police stations, preschools, nursery schools and polling places. Hunters with valid licenses may possess guns for the purpose of hunting on property on which the property owner has given them permission.

The bill would also loosen some current restrictions as to the locations where guns can be legally carried without a permit. Lawful weapons holders will be able to carry weapons in parks, memorials and historic sites. At present, only licensed gun owners can carry in those places.

In order to get an open and concealed carry permit, a gun owner must be at least 21 years old, must not have a felony or drug related conviction on his or her record and must not have been forcibly committed to a mental health institution in the last five years.

There are several types of weapons that will remain illegal to possess, whether the gun owner has a license or not. Those weapons are sawed-off shotguns and rifles, machine guns, grenades and silencers.

If you or a loved one are facing weapons charges in Georgia, you will need an experienced Georgia weapons defense attorney. At the law firm of James D. Michael, P.C. in Decatur, our legal team can quickly assess your situation and take appropriate action to defend you. Call 404-857-4059 or contact us online for a free initial consultation.